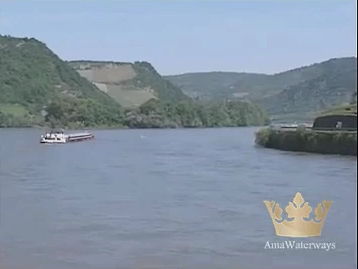 To avoid useless duplication, a simple Google search for each river will provide you with a great deal of interesting information to either include in your handout, or to add to a few additional slides at the end of your PowerPoint Presentation. 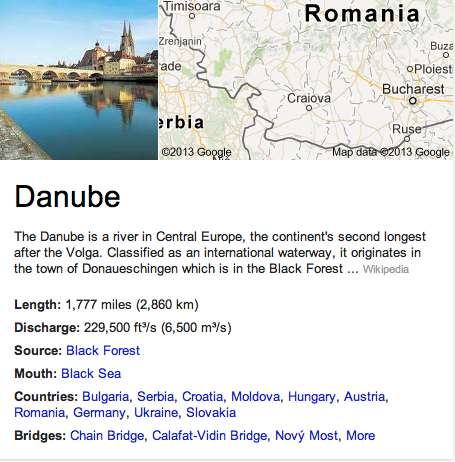 Here is just a sample of what you will pull up with a “Danube River” Google Search.

Danube River, one of the great rivers in Europe, second only to the Volga in length and discharge of water. From its source in the Black Forest of Germany the Danube flows 1,750 miles (2,816 km) generally southeastward to the Black Sea. It receives some 300 tributaries, including the Drava, Prut, Sava, and Tisza, and drains an area of 320,000 square miles (830,000 km 2 ).

The river flows through Germany, Austria, Slovakia, Hungary, Croatia, Serbia and Montenegro, Bulgaria, Romania, Moldova, and Ukraine. In none of these countries is it called the Danube, which is its English name. The various names are Donau (Germany and Austria), Dunaj (Slovakia), Duna (Hungary), Dunav (Croatia, Yugoslavia, and Bulgaria), Dunarea (Romania and Moldova), and Dunay (Ukraine).

The Danube has a picturesque, winding course, passing through low, forested mountains, rich farmland, and many historic cities. Probably most scenic is the Austrian section upstream from Vienna. On the border between Serbia and Montenegro and Romania, the Danube flows through a narrow gorge called the Iron Gate. At its mouth the river crosses a large, marshy delta in three main distributaries. The Danube is well developed as a transportation route.

The Danube has long provided the chief corridor between central and southeastern Europe. For centuries, however, transit was periodically blocked or impeded due to rivalries among the various nations along the river. The mouth, below Brăila, Romania, was placed under international control in 1856, the rest of the river after World War I. International control was abolished by Germany early in World War II. In 1949 representatives from Bulgaria, Czechoslovakia, Hungary, Romania, Yugoslavia, and the Soviet Union created the Danube Commission to control navigation. Austria joined the commission in 1960. In 1992 the Rhine-Main-Danube canal opened. It links the Main and Danube rivers between Bamberg and Kelheim, creating an inland waterway that stretches from the North Sea to the Black Sea.